Proud to be one of Canada's Best Managed Companies.

All of these services are carefully directed by our highly skilled management team, each member playing a key role in our organization. 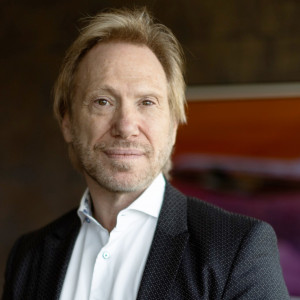 Rob graduated from Memorial University in St. John's in 1983 with a BA degree. He began his entrepreneurial career in auto-related industries & in 1990, divested of his interest in the local franchise of Auto Trader using the proceeds to purchase his first dealership.

Since then Steele Auto has become the largest in Atlantic Canada with dealerships throughout Nova Scotia, Prince Edward Island, Newfoundland and New Brunswick as well as south of the border in Texas.

Steele Auto Group is recognized as one of Canada's 50 Best Managed Companies. 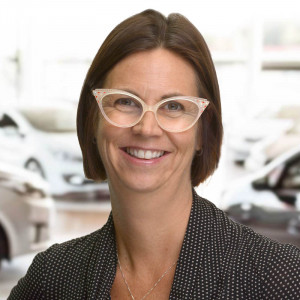 Heidi holds a Bachelor of Business Administration from Acadia University and a Certificate in Business Communications from Saint Mary’s University. Prior to joining Steele Auto Group, Heidi worked for Shannex for 10 years as the EA to the President.

Heidi is an active runner and an advocate for health and wellness. In her spare time, you can find Heidi cheering on her sons, either on the basketball court or the football field. 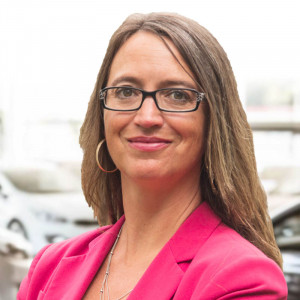 After graduating from Dalhousie University with a Bachelor of Commerce degree, Kim obtained her Chartered Professional Accountant designation in 1999.

Serving in public practice for over ten years exposed her to various businesses in various industries. She then held the role of Vice President Finance at Newfoundland Capital Corporation, a publicly traded company, for 11 years.

Kim joined Steele Auto Group in 2015 as Chief Financial Officer. In 2017, Kim was appointed to the role of President & Chief Operating Officer of the Group. She has been instrumental in setting the strategic vision of the company while being an integral member of the M&A team growing the organization from 17 dealerships to where it is now. 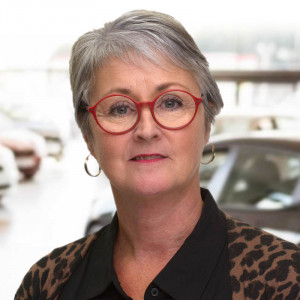 Janice comes to the Steele Auto Group with 20 years of Executive Assistance experience with a diverse knowledge of all aspects of Administrative and Executive requirements.

Janice is new to the Automotive Industry and happy to provide high-level support, gained from her wide breadth of previous experience, to the President and COO and the Executive Team. Janice Joined Steele Auto in March 2018. 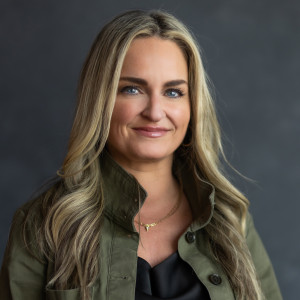 Jennifer is a graduate of Dalhousie University and obtained her Chartered Accountancy designation in 2002.

Jennifer worked with Ernst & Young for 14 years with a varied portfolio of clients across industries, both in London Ontario and Halifax, Nova Scotia.

She joined STI Technologies Ltd in 2015 as their VP Finance and Operations where she was responsible for finance, operations & mergers and acquisitions. 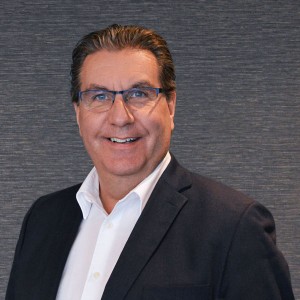 Steve Amand began his automotive career as a salesperson in 1986 at Macdonald Pontiac Buick in Moncton New Brunswick. After relocating to Halifax in 1992, his career continued at MacPhee Pontiac where he held various roles in the service department and began his managerial career as Collision Centre Manager, eventually progressing into other management roles, including Service Manager, to Fixed Operations Manager and then General Manager.

Steve joined the Steele Auto Group in 2012 with the acquisition of MacPhee Chevrolet and became the Director of Fixed Operations until 2013 where he moved into the role of General Manager for the Steele Premium stores Porsche/Jaguar/Land Rover/Volvo.

In December 2017, Steve came back to the corporate office to take on his current position as VP of Retail Operations, where he manages stores throughout Nova Scotia and New Brunswick. 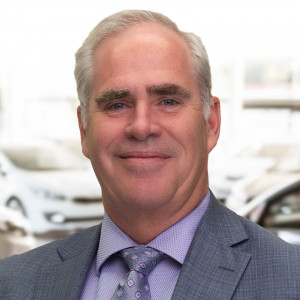 Charlie joined the car business as a salesperson in 1991 with Gil Wilkins Honda in St John's Nl.

Charlie has been an active member of Performance groups for the past 14 years before accepting the role as VP, Retail Operations for Newfoundland and Texas. 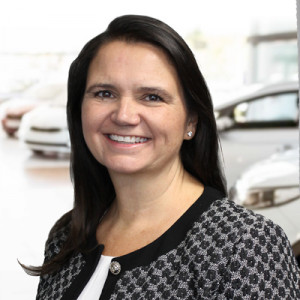 Natalie has been in the auto industry for over 30 years. After the Steele Auto Group purchased of her family-owned group of multi-brand dealerships in 1999, she became General Manager of Steele’s Volvo, Jaguar, and Land Rover store. On Steele’s next transformative acquisition she honed her accounting and leadership skillset as Controller of Steele Ford Lincoln before later joining the growing head office team as Corporate Controller responsible for financial integration and managing operational efficiencies.

As a VP, she focuses on achieving key operational and financial milestones. She identifies and implements strategic operational opportunities working with the extraordinary management at regional dealerships and support partners. Natalie delivers Steele’s formula for leading growth and market share with excellence in customer service. 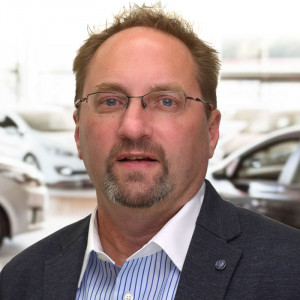 Peter is a BComm graduate of Carleton University. Peter’s career has been focused on bringing brands to market throughout North America.

His career began with Kraft Foods where he was Director of Marketing – Canada.  He led sales and distribution companies on brands such as Arctic Cat, Triumph, KTM, and others.

Prior to joining Steele Auto Group Peter was President of Stanfield's Ltd – a 163 year old iconic clothing manufacturer.  As VP Business Development, Peter will focus on growing the core markets in Atlantic Canada while also pursuing acquisition opportunities in other markets. 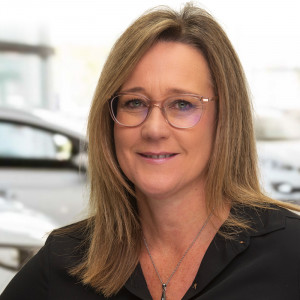 Jacqueline began her automotive career in 1994 at MacPhee Pontiac after graduating with a Bachelor of Sciences Degree.

She gained her vast knowledge of the automotive industry after a number of years working in various roles throughout the dealership.

Jacqueline joined the Steele Auto Group Finance Management Team in 2012 after the acquisition of Steele Chevrolet. As Corporate Controller she is responsible for overseeing the Controllers and Office Managers and is involved with the development of financial initiatives and policies within our stores.

As Steele Auto Group continues to grow, she is also an important part of the merger and acquisition team. 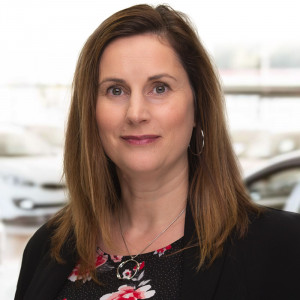 Ruth Meagher joined the group as Director of Human Resources in June 2018 and brings 16 years of operational/human resources experience to the team.

Prior to joining Steele Auto, Ruth held various senior level positions in human resources in the hospitality and business process outsourcing industries and has provided direction and support with leading organizations through growth and change. 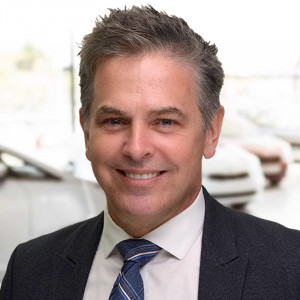 Todd has been in the Marketing and Software Development Industries for the past 25 years, 13 of those having been with the Steele Auto Group.

Having worked as a designer and developer at the agency level, he transitioned to the print industry as a Prepress Manager. Later Sport Mart Discount Superstores aiding in their expansion from 6 locations to 42 prior to being acquired by the Forzani Group.Upon moving to Nova Scotia, Todd worked as the marketing director for Musicstop Ltd. up until it was sold to Long and McQuade Music where he continued his role with responsibilities extended across the canada-wide chain.

Todd is responsible for the Steele Auto Group's marketing presence and software development. 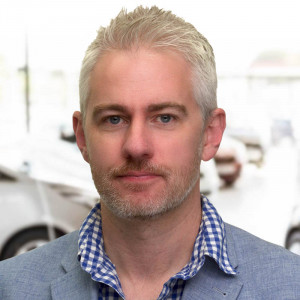 After 13 years working with Newcap Radio on data center architecture, network infrastructure, and cybersecurity, Jeremy moved over to the Steele Auto Group to lead their Security and Cloud Solutions programs.

Jeremy is a Certified Information Systems Security Professional, and is active in the Cybersecurity industry, frequenting conferences, industry events, and discussion groups. 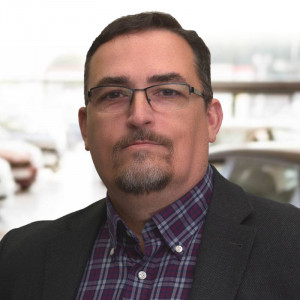 Dave is a native of St John’s NL. A Graduate of Memorial University.

Having joined Steele Auto Group in 2003 as an IT Tech, Dave has held various roles within the IT departments with Steele Auto.

As Director of Technical Operations Dave plays an integral role in keeping the wheels turning in the Steele dealerships, networks, phone systems and overall IOT. 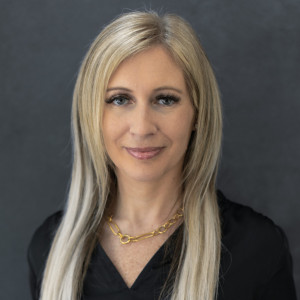 Christina joined Steele Auto Group in 2005 after graduating from University of Victoria in BC.

With a background in Public Relations, Human Resources & Management, she began working with Steele Auto as the Executive Assistant to the President, CFO and COO and then moved on to managing the Human Resources and Internal Communications. 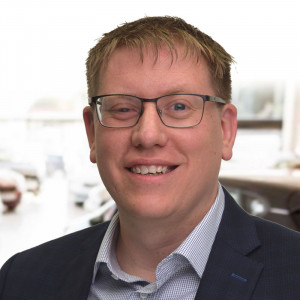 Kyle is a graduate of the University of Saskatchewan and obtained his Chartered Accountancy designation in 2009.

Kyle has held progressively senior finance roles throughout his career, most recently serving as the Director of Financial Reporting and Taxation of Stingray Radio Inc. (previously Newfoundland Capital Corporation Limited).

SELL US YOUR VEHICLE

GET TO KNOW US